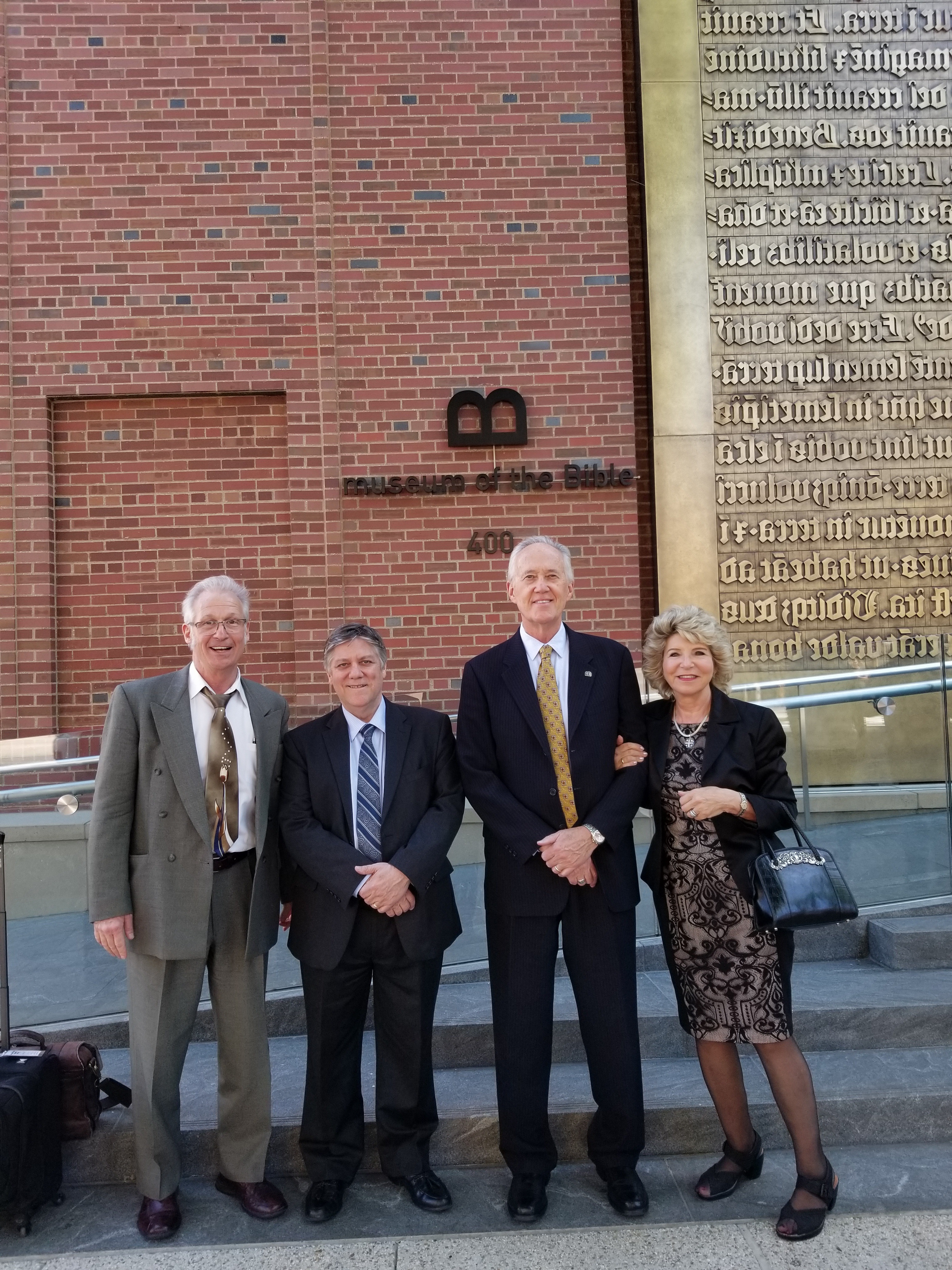 The Sign From God Board of Directors are dedicated professionals who have spent decades studying, speaking, researching, and writing about the Shroud of Turin. We have come together in the belief that the Shroud of Turin should be utilized for education and evangelization to help bring a new generation to faith in Jesus Christ.

On April 23, 2019, the Sign from God founding board, pictured left, Mark Antonacci, Russ Breault, Myra Kahn Adams and David Adams, attended the Museum of the Bible kick-off event announcing the exhibition about the Shroud of Turin.

At the reception, Russ Breault gave a Shroud presentation attended by the Museum's leadership. The exhibition was scheduled for Feb. 2021, but COVID delayed until Feb. 26, 2022.

The SignFromGod Board is thrilled that their efforts starting May 2018 resulted in:

Mystery and Faith: The Shroud of Turin: A hi-tech exhibition about the Shroud at the Museum of the Bible starting Feb. 26 thru July 31, 2022. See News about the Feb. 26 opening event.

Here is a video clip from the event when Chief Curatorial Officer Dr. Jeff Kloha thanked and recognized Myra Adams for bringing the idea of a Shroud of Turin exhibit to the museum four years ago.

SignFromGod board members are always busy writing or speaking about the Shroud:

Teddi Pappas appeared on a podcast about the Shroud.

We are a busy bunch of Shroud experts, so check back often.

Pictured below: Myra Kahn Adams and Russ Breault at the Oct. 9, 2021 Shroud of Turin speakers event: "Shroud of Mystery at the Museum of the Bible." Sign from God was the event sponsor. See “News” for more info. 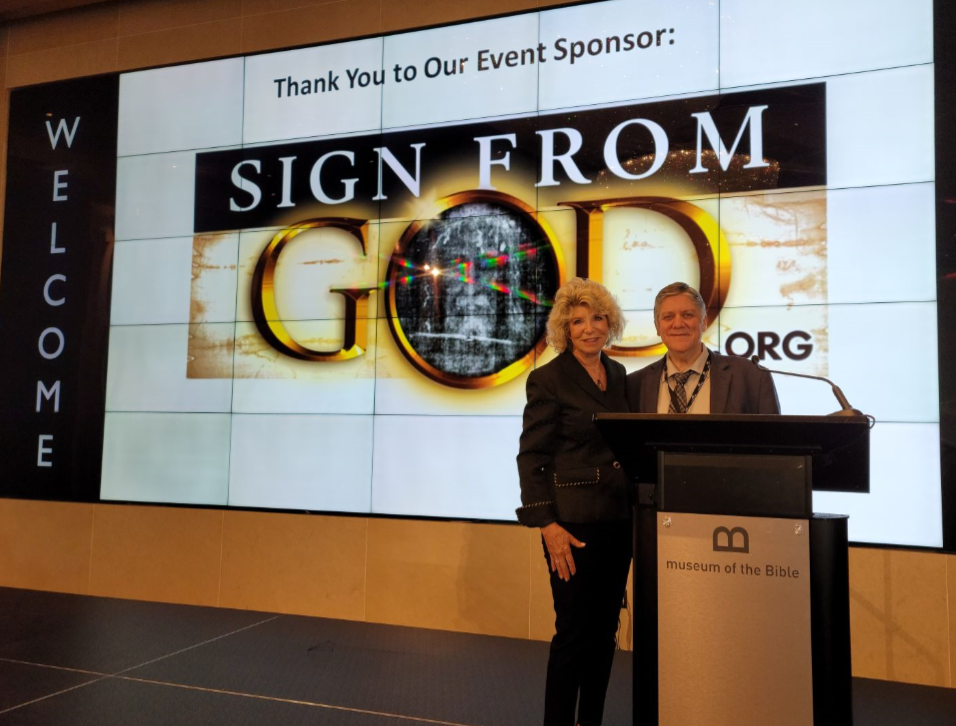 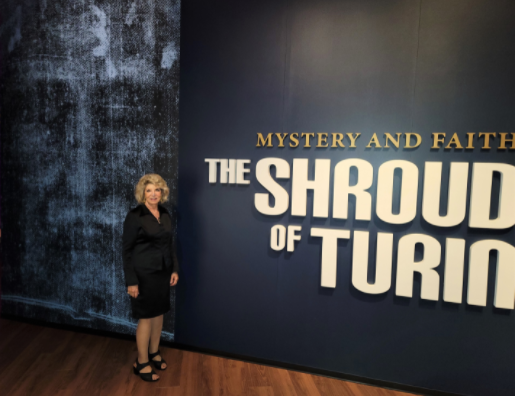 Bios of Board Members are shown below: 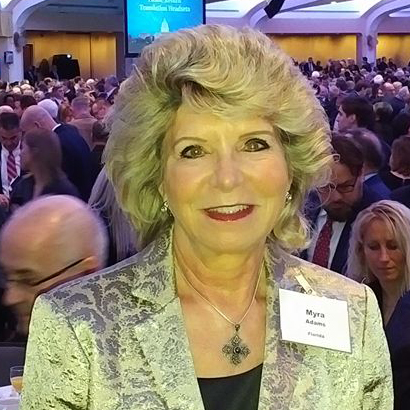 Myra is a media producer and religious/political writer with numerous national credits. Pictured below at the Oct. 9, 2021 Shroud of Turin speakers event "Shroud of Mystery" at the Museum of the Bible in Washington, D.C. 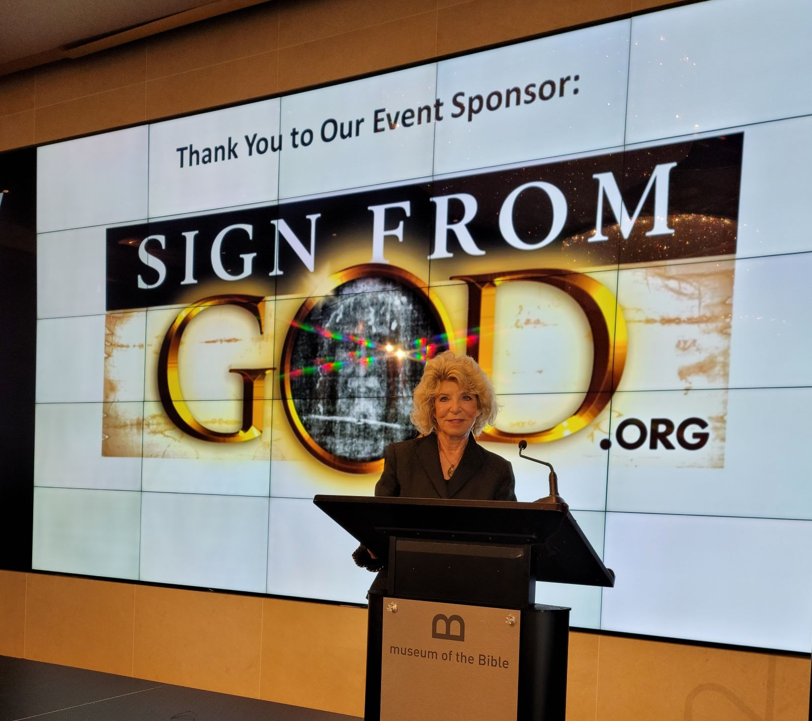 Since 1997 she has been keenly interested in the Shroud of Turin. Myra and husband David were blessed to have seen the Shroud in Turin, Italy during its last two public exhibitions in 2010 and 2015.

Myra was born and raised Jewish (maiden name Kahn) and came to faith in Christ in 1975. She believes that the Shroud is physical evidence left by God to show proof of Christ’s suffering and resurrection to those who need physical evidence in order to believe that Jesus Christ is the Jewish Messiah, King of Kings, Lord of Lords, and will come again.

She also writes a popular Sunday weekly Bible Study series on Townhall.com. Encouraged by Townhall readers, those studies have been incorporated into the book, “Bible Study For Those Who Don’t Read The Bible.” The book is available on Amazon. 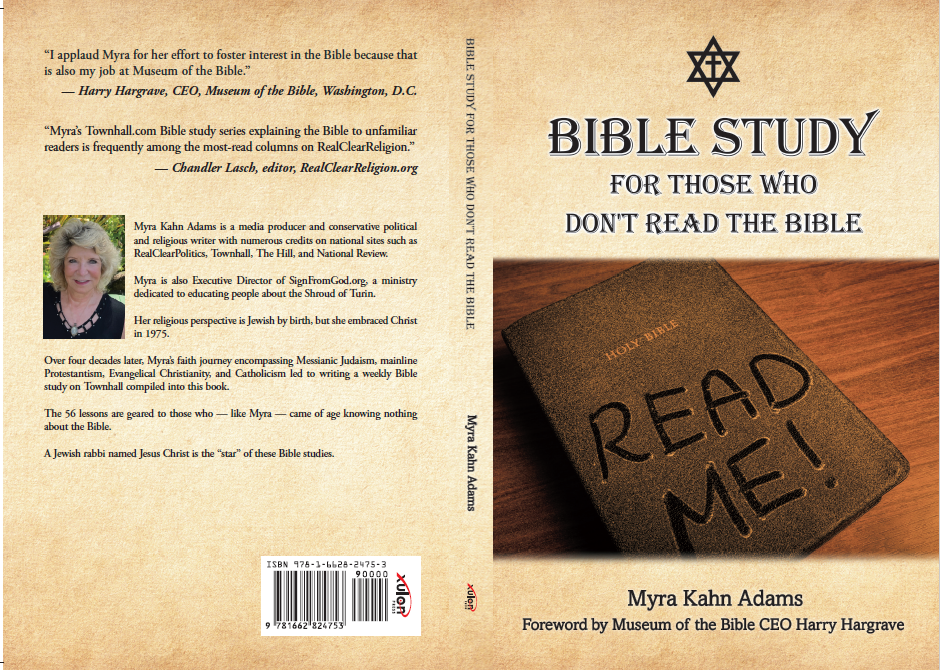 Myra wrote a Townhall op-ed about the Shroud exhibition opening on Feb. 26:

Myra's 100th Townhall Bible study featured the Shroud with quotes from Museum of the Bible curators:

More of Myra’s articles about the Shroud:

"What If the Shroud of Turin is Christ's Authentic Burial Cloth?"  Easter 2020

Shroud of Turin: Interview with World's Leading Expert Who Happens To Be Jewish

“What Is the Shroud of Turin? Facts & History Everyone Should Know” at Christianity.com  (Co-authored with Russ Breault)

Shroud of Turin: Interview with Researcher Who Debunked the 1988 ‘Medieval’ Dating

What was Found in Christ's Empty Tomb?

Would Physical Evidence Strengthen Your Faith?

Myra’s most popular Shroud of Turin articles from National Review.

Easter and the Shroud of Turin: 'Nothing Is Impossible with God'

What Does the Shroud of Turin Prove about Easter?

The Shroud of Turin, Authenticated Again 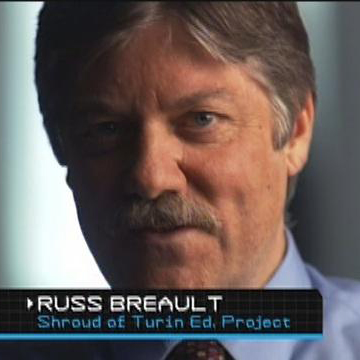 Russ Breault is a lifelong researcher on the Shroud of Turin, believed by millions to be the burial cloth that wrapped Jesus in the tomb.  He attended the first United States scientific symposium in 1981 and has participated in numerous conferences since.  He has lectured at hundreds of colleges, universities and churches of all denominations.  He has appeared in numerous documentaries seen on History Channel, Discovery and EWTN.  He was an advisor for the CNN series Finding Jesus and has also been interviewed for Good Morning America and ABC’s World News Tonight. He has personally seen the Shroud three times in 1998, 2000 and 2010.

Russ is president and founder of the Shroud of Turin Education Project, Inc. with a simple mission statement: To advance the knowledge of the Shroud to a new generation.  He hosts two websites:  www.ShroudEncounter.com and www.ShroudUniversity.com.

Russ was a speaker at the Feb. 26, 2022 exhibit opening event and the Oct. 9 Shroud event at the Museum of the Bible sponsored by SignFromGod. Pictured below from left to right: Very Reverend Peter Mangum, Dr. Cheryl White, Russ Breault, Myra Kahn Adams Oct. 9, 2021. 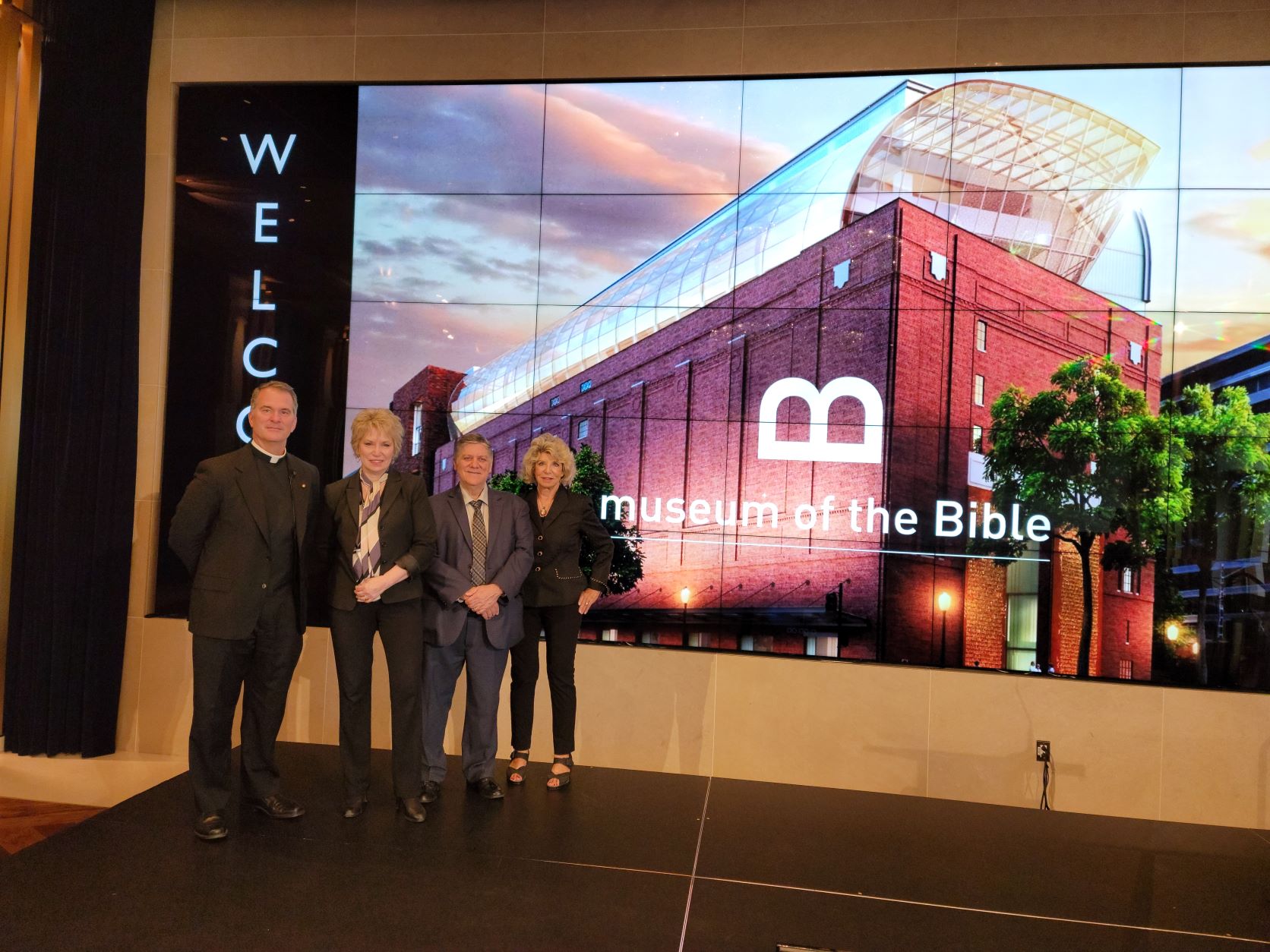 Pictured below: Looking back to the Jan. 18, 2020 SHROUD EVENT at the Museum of the Bible, Russ was the host of an all-star speaker event with five leading Shroud experts from around the globe. The sold-out, successful event was called: "Shroud of Turin: EXPLORE THE MYSTERY." 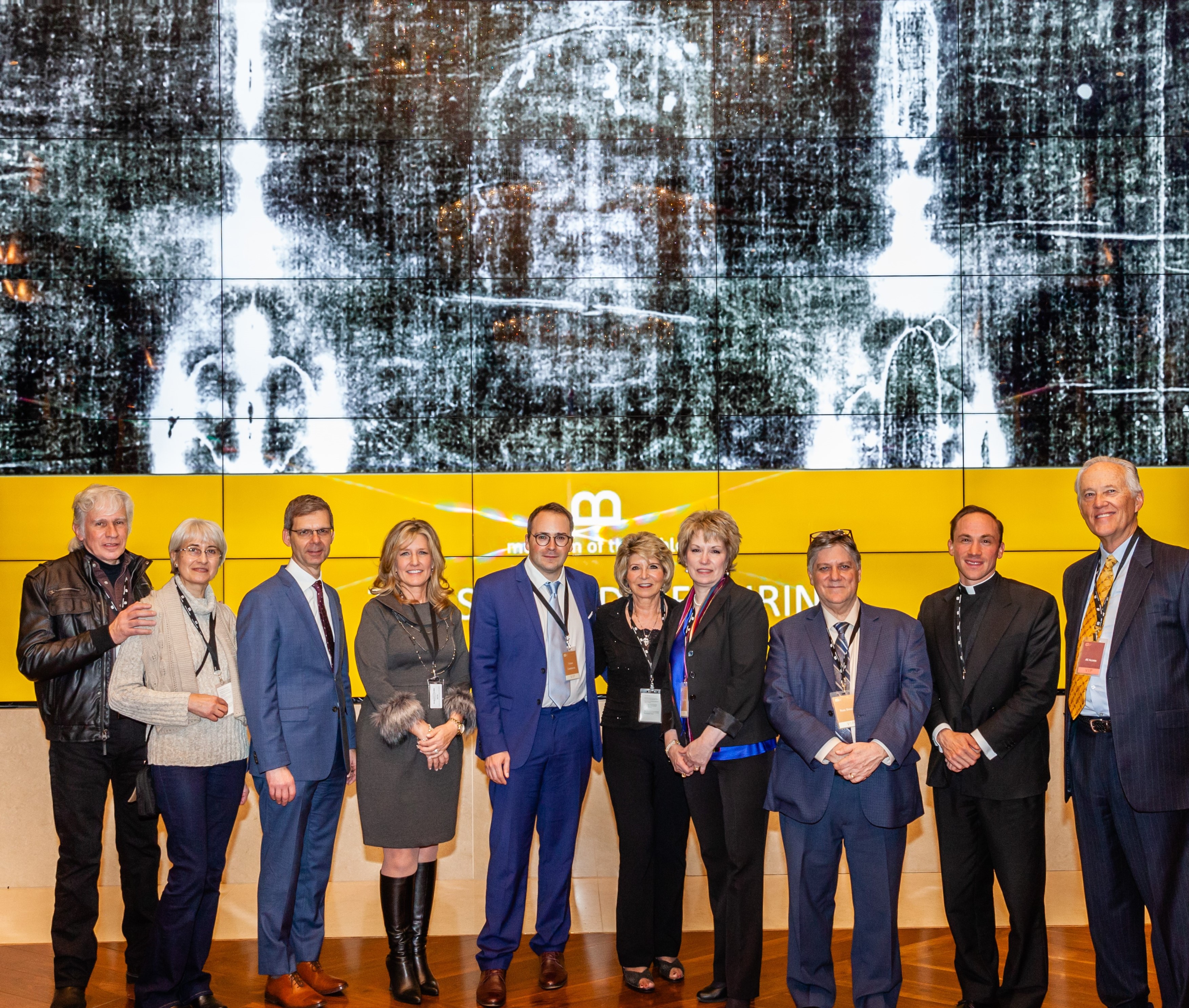 Pictured below is Russ Breault and Myra Adams at the Museum of the Bible on April 23, 2019. This was the kick-off reception for the Shroud exhibition (original opening date Feb. 2021, but COVID postponed) after the announcement at the National Catholic Prayer Breakfast. Russ gave a presentation for Breakfast attendees and the leadership of the Museum. 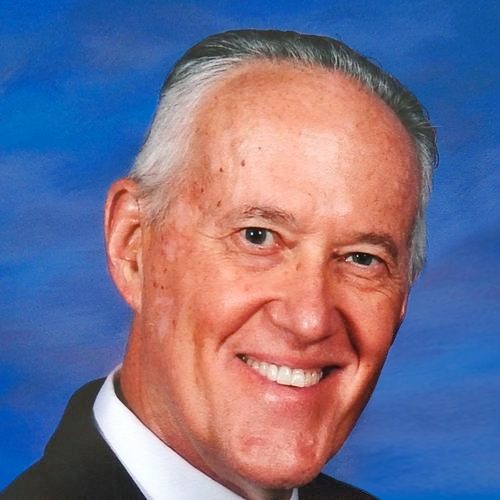 David has been interviewed about the Shroud on Sirius XM Radio’s The Catholic Channel.

David Adams is a retired U.S. Foreign Service officer who, since 2006, has served as Vice President for Missions (overseas operations) for Cross Catholic Outreach, a humanitarian Catholic ministry that engages in poverty alleviation in some 35 countries.  Adams has been interviewed on Catholic radio on multiple occasions about his ministry's work abroad, and also has shared with Catholic audiences his observations on the Shroud of Turin, which he has seen twice, studied, and commented on for a number of years.

David Adams is a guest on the Catholic Channel's Gus Lloyd Show at the National Catholic Prayer Breakfast on April 23, 2019. 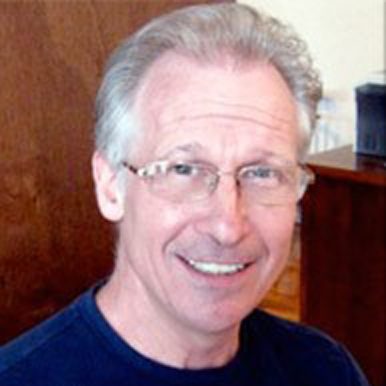 Mark has proposed that a new series of sophisticated, minimally-invasive tests be performed on the Shroud at the atomic and molecular levels.

Mark Antonacci is an attorney and author who has studied all aspects of the Shroud of Turin for 37 years. He has been featured in newspapers, magazines, the internet, radio and television in the United States, Europe and South America.

Mark wrote The Resurrection of the Shroud in 2000, the most comprehensive book ever written on the Shroud until his landmark book, Test the Shroud was completed in 2015.

He gave the keynote address at the last international conference held in conjunction with the Shroud’s exhibition in 2010 in which he proposed that a new series of sophisticated, minimally-invasive tests be performed on the Shroud at the atomic and molecular levels of this famous burial cloth. Mark has written the leading scientific hypothesis that not only explains the Shroud’s unparalleled frontal and dorsal body images, but also its controversial radiocarbon dating, its excellent condition, its pristine human blood marks, their still-red coloration, the possible outer side imaging, coin features and flower images, skeletal features and all of Shroud’s other unique qualities.

This hypothesis has been published in a peer reviewed scientific journal, and although it involves a miraculous event consistent with the resurrection, its occurrence can be scientifically tested.  He asserts that these proposed tests could prove whether the Shroud was irradiated with particle radiation; whether the source was the length, width and depth of the crucified corpse in the cloth; when this event happened; where it occurred; the age of the Shroud and its blood; and the identity of the victim. Mark asserts this technology could also test all other natural or artistic explanations for the Shroud’s images or its radiocarbon dating. 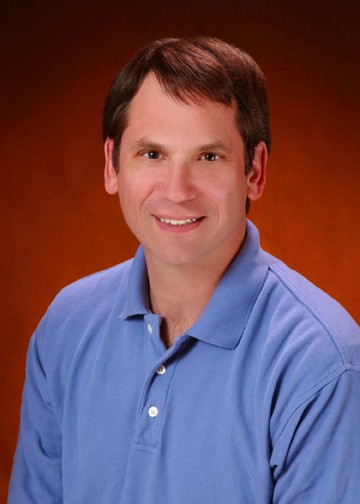 The SignFromGod Directors are delighted to have Joseph G. Marino join our Board.

Joe is one of the world's leading scholars in the study of the Shroud; he has researched, lectured, written, appeared on various radio and TV programs, and has presented at multiple international conferences.

During the more than forty years that Marino has studied the Shroud, he has gained access to many rare documents concerning the events surrounding the carbon dating of the Shroud in 1988. He has spent countless hours for over thirty years researching and compiling the relevant data pertaining to the test.

His latest book, “The 1988 Dating Of The Shroud of Turin: A Stunning Exposé,” is an explosive revelation about the largely-unknown and disturbing politics, backstabbing, personal agendas, egoism, and incompetence of not only the carbon-14 team members but even the Catholic Church as well. Joe’s new book has been called “one of the most important books on the Shroud of Turin ever written.” It is an invaluable resource for all researchers on the topic and will be consulted for many years to come. 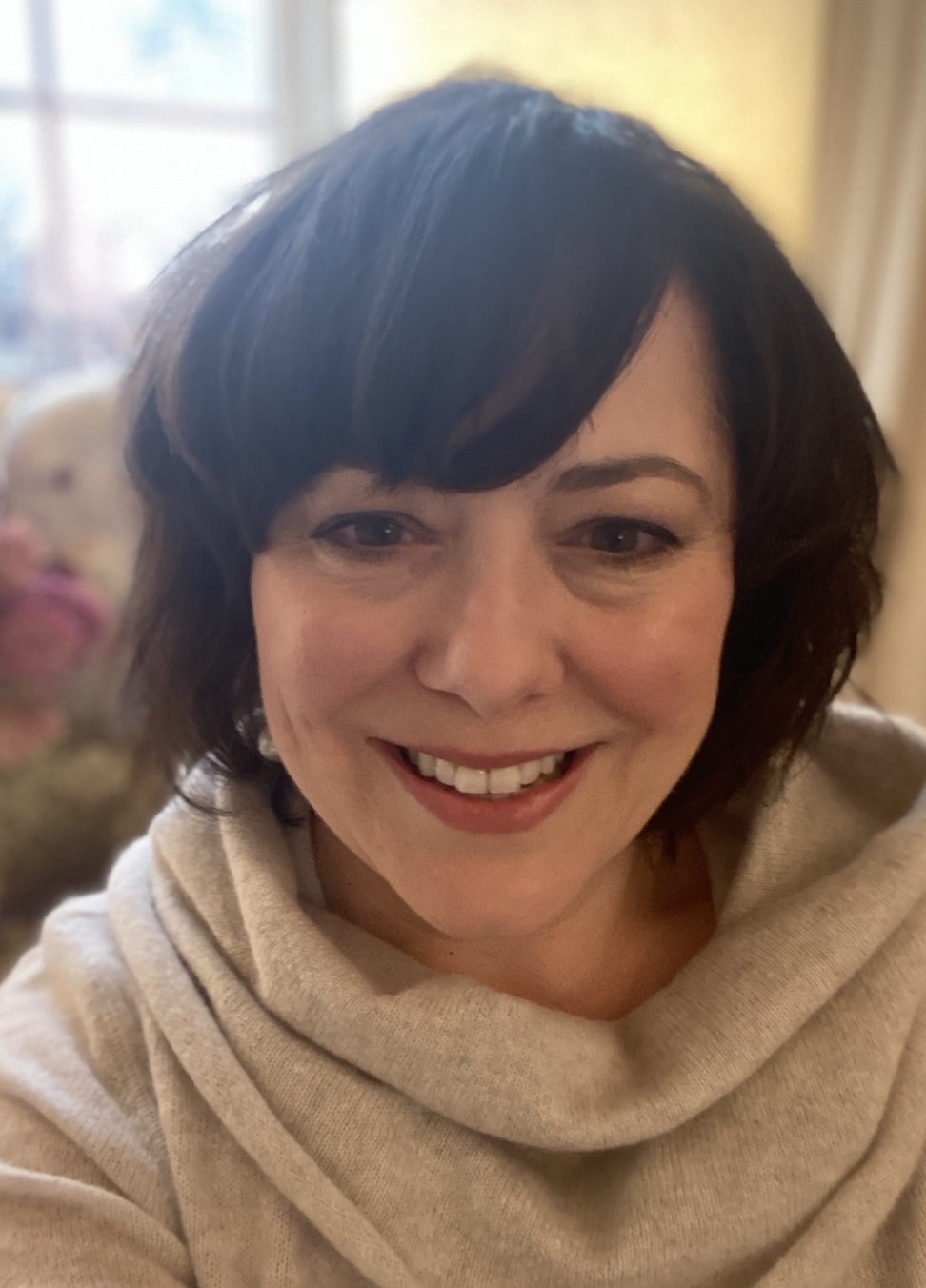 The SignFromGod Directors are delighted to have Teddi Pappas join our Board.

Theodora A. Pappas is a criminal defense attorney who has been practicing law since 1994. For approximately 15 years, she was, also, a regular guest lecturer at several local universities where she would discuss Fourth Amendment protections under the U.S. Constitution during police encounters with members of the public.

“Teddi” --as she is known by many-- first became aware of the Holy Shroud when she was around 15 or 16 years of age. Upon becoming aware of it, her lifelong quest began to learn more about this linen cloth with its mysterious image on It. Even as a teenager, she recognized that the Holy Shroud has the ability to powerfully transform lives for the good.

She knew that Christians, like herself, could derive from the Holy Shroud great comfort and peace, as well as scientific and historical affirmation of their faith that the God of Christianity is real. She, also, recognized that this same evidence could be used to help bring non-Christians to their Redeemer.

Teddi has, also, been a regular guest on the Skeptics and Seekers podcast, and she has, also, appeared on shows for the Real Seeker Ministries and Proselytize or Apostatize podcasts. When discussing and debating various religious issues with atheists on these podcast, she often brings up the Shroud of Turin, and the evidence which supports its authenticity, in order to support the greater claim that the Christian God does, in fact, exist.

The Sign From God board of directors has formed what will grow to become a large active Advisory Board. We are proud to announce that the first group of members are:

David Onysko, Shroud researcher, lecturer and purveyor of Man in the Shroud.org

Justin Echevarria, a twenty-something Shroud enthusiast, and donor who approached Sign from God because he cares deeply about introducing the Shroud to the Millennial generation.

And all our future donors who will help us accomplish our mission to utilize the Shroud of Turin as an evangelization tool to bring people to belief in Jesus Christ.