High-Tech Shroud of Turin Exhibition at the Museum of the Bible with Sign From God Advising. Learn More
Donate Today

Register for all-star Shroud speaker event at the Museum of the Bible in Washington D.C.

Myra Adams penned a well-circulated letter to Pope Francis making the case why he should authorize new 21st-century testing on the Shroud. Myra was informed that the letter was forwarded to the Pope's personal secretary.

Open Letter to Pope Francis: Time to Re-Test the Shroud

A Shroud piece in the National Catholic Register features Sign From God board member, Russ Breault:

Subhead: Researchers cast doubt on the findings of the controversial 1988 study.

Why Does The Shroud of Turin Still Exist?

SIGN FROM GOD board members were instrumental in convincing the Museum of the Bible to produce an exhibition about the Shroud. 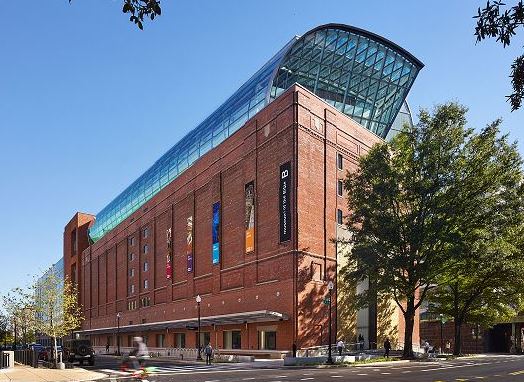 Credit: Museum of the Bible in Washington D.C.

On April 23, the following announcement was made from the podium at the National
Catholic Prayer Breakfast in Washington, D.C.:

“The Museum of the Bible is excited to propose a groundbreaking, high-tech, innovative
exhibition about the Shroud of Turin with a mission to explore its history, mysteries,
facets, and themes by utilizing state-of-the-art imaginative displays.”

The operative phrase is “excited to propose.”

In order for the Museum to produce what will be the most creative, high-tech Shroud
exhibition the world has ever seen, it will need to raise at least $2 million. News of the proposed exhibit first appeared on TownHall.com in a piece by Myra Adams that was later picked-up by Aleteia.

We are soliciting support from the national and international Shroud community
to help bring this extraordinary exhibition to life. All our efforts on behalf of the
Shroud will be enhanced by the attention this unique exhibit will attract.

Shroud is 'Fake' News Based on Faulty Science

Sign from God board member, Shroud author, and researcher Mark Antonacci has responded to the widely reported blood flow study in the mainstream media that proclaimed the Shroud was "fake."

Here is an excerpt from his analysis:

A recent paper by Matteo Borrini and Luigi Garlaschelli titled “A BPA Approach to the Shroud of Turin” was recently published in the Journal of Forensic Sciences1.  This paper contains the bloodstain patterns from two sets of experiments in which:

1.)  blood from an overhead bag was released through a small thin tube located at the back of the wrist of one of the authors, and which

2.)  blood flows were made on a plastic mannequin by pressure being applied on a small sponge soaked in blood.

From these experimental results, which differ from comparable blood flows on the Shroud of Turin, the authors conclude the blood flow patterns on the Shroud are unrealistic and indicate they were the result of artistry or were faked.  In this article, I will briefly explain how both sets of experiments are flawed in several respects, how the blood flows on the Shroud are quite realistic, and how the authors’ conclusions are necessarily flawed.  All of the comments that I will make about the blood marks on the multiply-wounded crucifixion victim wrapped in the Shroud are supported by decades of research by numerous pathologists, physicians, anatomists, battlefield surgeons, scientists and forensic experts cited throughout both of my below books.

Barrie Schwortz has recently updated his famous Shroud.com site with all the latest Shroud news including an announcement about SignFromGod.

In April I received an e-mail from noted Shroud writer Myra Adams, informing us that a new non-profit organization named Sign From God Foundation had been recently formed that included Myra as Executive Director, Russ Breault as Senior Adviser, Mark Antonacci as Chief Legal Counsel and David Adams as Secretary. Here is a quote taken from their new website: "The leadership of Sign From God Foundation are dedicated professionals who have spent decades studying, speaking, researching and writing about the Shroud of Turin. Now we have come together dedicated and united in the belief that the Shroud of Turin should be utilized as an evangelization tool to bring a new generation to faith in Jesus Christ." In addition, I asked Myra to write a brief introduction and overview of the organization and it's goals, which she kindly provided:

"Announcing Sign From God, a New Shroud Advocacy Organization: The Sign From God Foundation Inc. and its site, SignFromGod.org is a new 501(c) (3) tax-exempt organization promoting the Shroud of Turin... believed by millions to be the actual burial cloth that wrapped Jesus in the tomb, and which is either the greatest hoax ever perpetrated, or it is a deliberate and purposeful sign from God. The mission of "Sign from God" is embodied in its name. If the Shroud is authentic, it exists as a "sign from God" to help people come to faith in Jesus Christ. The Shroud fulfills the New Testament definition of a sign's purpose, which is to inform, warn and convey pertinent information before proceeding, or an indication that action will soon follow..."

Myra Adams and Chuck Neff are guests on the Relevant Radio show, “A Closer Look” guest-hosted by Ed Morrissey. The discussion focuses on their efforts to evangelize the gospel of Jesus Christ by fostering a knowledge and understanding of the Shroud of Turin to the next generation. The segment with Myra and Chuck begins at 30:24.

'He is Risen!'- Physical Evidence of Christ's Resurrection?

Shroud of Turin's 3D Encoded Info --How's It Get There?